What is it like to be a far-left student activist in Japan?

Back in the bad old days of 2014, I wrote a piece on the Hōsei University student movement for The Japan Times. I had to deal with skepticism on the part of the editors, due to some extent to negative responses to a similar article previously published in the paper, but also since I was trying to suggest that a new student movement was building, slowly yet surely, around the country. These things are hard to prove and in the end, we slightly diluted the assertion to a side comment.

But my throwaway remark (“galvanising student activists around Japan”) turned out to be somewhat prescient, even if this was not necessarily a reflection on my insight per se. The Hōsei movement is still going and engenders new arrests every now and then, and there have been other actions by the Chūkaku-ha Zengakuren student league elsewhere, notably a mini strike on campus at Kyoto University last year that recently resulted in permanent suspension for three students.

And then, of course, we had the media storm around SEALDs in 2015. Suddenly it’s a cliché to talk about this “renaissance” of student activism in Japan. Interestingly, if you look at a paper Yoshitaka Mōri wrote, “Culture = Politics: the emergence of new cultural forms of protest in the age of freeter”, for Inter-Asia Cultural Studies back in 2005, he describes a renewal in protest among young people (and other demographics) with the anti-Iraq War movement in 2003: “the first political mass mobilization over the last two decades”. Sound familiar? It could just have easily have been written in that heady summer last year. Once again, it demonstrates how short our memories are when it comes to Japanese protest, and how we just love to fall back on that tired narrative of everything-stopped-after-1972. (Mōri also seems well aware of this and notes in his paper that the Iraq War protests did not come out of the blue, but rather emerged from a broader political movement throughout the early Heisei years.)

All this I recalled while reading a long article from June on Yahoo News Japan that took an unprecedented close and sympathetic look inside Zenshinsha.

This is the headquarters of the Marxist organisation colloquially known as Chūkaku-ha, which is quite frequently raided by police. Normally the media only shows the riot police breaking in with electric cutters, an orchestrated spectacle and performance very much for the benefit of the news cameras. Sympathetic journalists, though, are sometimes invited in to conduct interviews, and in recent months, there has been something of a surge of interest, with coverage by TV Asahi, TBS Television, Asahi Shimbun, and more. That said, it’s relatively rare to have a lengthy feature article like this with a video and photographs, particularly one focusing on several young activists and how they live.

Some 100 people live at Zenshinsha, which is funded by donations and through sales of its now biweekly organ and other publications. These are printed on presses inside Zenshinsha. The Yahoo News video censors certain details — such as the posters on the walls — presumably for legal reasons, yet contains some real gems. For example, it highlights how Zenshinsha has 24-hour surveillance cameras watching the outside, monitoring for a police raid or even an attack by ultra-nationalists (an attack by a rival leftist faction would be unheard of today). The police is also said to watch Zenshinsha pretty much 24-7. A corridor is lined with photographs of security police officer’s faces so agents would be recognised if they follow activists (inserting spies and undercover agents has also been a common tactic of the security police). This may sound paranoid but the security police certainly have a similar wall of photographs of activists’ faces, since all public events and demonstrations are excessively photographed by police.

Yahoo News’ photographer turns his lens mostly to the handful of core younger activists, though their names are redacted (some are not hard to find out if you are willing to search). These “student activists” are almost all former students, typically thrown out of their institution for their activism. Aged mainly in their late twenties or thirties, they sacrificed a steady middle-class life for the world of politics and full-time activism. This obviously means they lack what their peers largely have: a level of disposable income and financial comfort, and social lives. They live austere lives, sleeping on small bunks in tiny rooms deep inside the headquarters. Of course, activism does not preclude romance — in fact, it may very well encourage it — and some might well be in relationships, and I personally know of some activists married to other members of Chūkaku-ha or associated activists.

In stark contrast to the vague liberal dreams of SEALDs, these activists give calm yet sincere responses to questions about the nature of revolution and whether they believe they can really realise it. “It is,” one almost shrugs, “what I have committed my life to do.” The intrepid reporter even asks if they still make Molotov cocktails like in the past. “That’s a secret,” the activist responds with a smile. Another time the reporter asks who has been arrested and almost everyone puts their hands up. I have personally met a few of these activists and can attest that they are not exaggerating when they confess to having been arrested seven or eight times. These arrests are worn, they say, like medals. 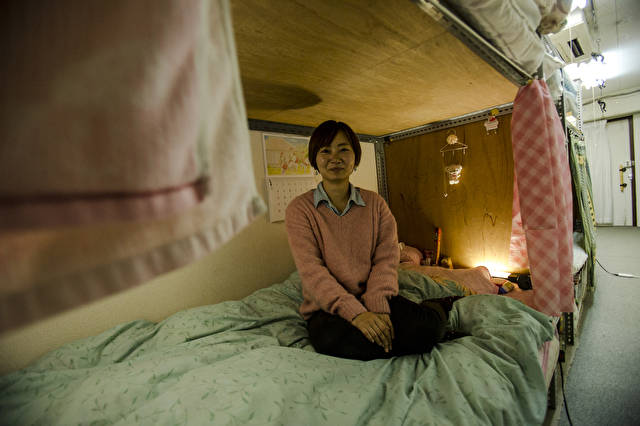 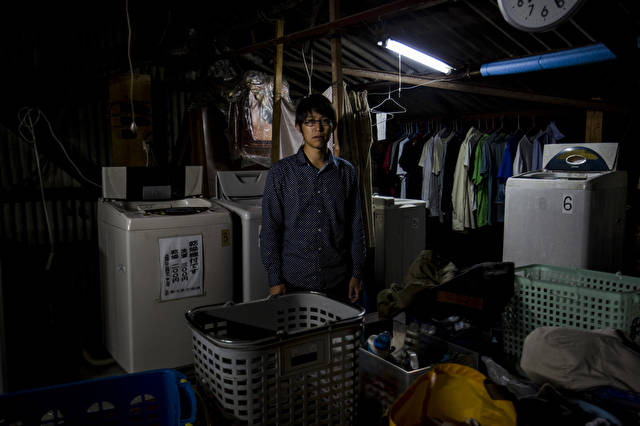 The activists living at Zenshinsha include two brothers and at least one female, Tomoko Horaguchi. She is actually one of the most visible (and popular) young members of Chūkaku-ha and here shares how her induction into the group came thanks partly to her parents, who are also activists. She had been an ordinary girl, enjoying shopping and having fun, but came to the realisation that she wanted to fight to make society more equal.

While none of the activists come across as fanatical or dangerous, they all agree that violence is a necessary part of revolution (though not explicitly stated, “violence” in these Marxist terms may not always mean physical harm but also direct action such as protest, sabotage and striking). Given the ongoing controversy among the Left in Japan over the aggressive tactics of CRAC and its so-called Shibaki-tai “crack troops” who appear at hate speech counter-protests and as bodyguards for SEALDs, it seems that violence is not as taboo as might be thought in these languid Heisei days.

There are still dozens of far-left groups and factions in Japan, though most are less than a shadow of their former selves. Membership peaked in the late 1960s and early 1970s, yet was still strong in the late 1980s. But neoliberalism and changes to campuses in the 1990s took their toll. Chūkaku-ha is the strongest faction remaining, though even its numbers are estimated at a modest 3,000 after further whittling down by recent splinters.

As is obvious to anyone who has attended or witnessed a rally by Chūkaku-ha or other factions, the membership is getting older. Even the “young” members are not actually that young. Likewise, the security police maintain a (perhaps disproportionately) high team to monitor Chūkaku-ha, yet it too is slowly decreasing. As the faction’s fortunes change, so too does the work of the police. Many of these officers have dedicated their careers to studying far-left ideologies, yet in truth they should probably switch to learning Arabic in anticipation of a jihadist attack on Japanese soil, which may well be an inevitability. 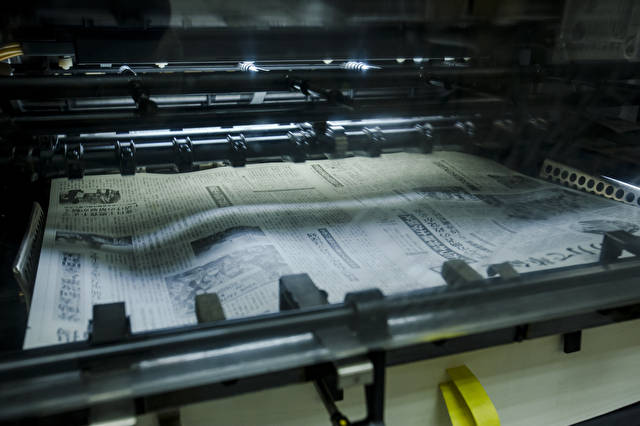 Instead, the vice is tightened as the security police keep trying to apply pressure over even the most minor of possible infraction. After a series of arrests earlier in the year ahead of the G7 summit, the crackdown stumbles on. Two older Chūkaku-ha activists were recently released without charge. The men, aged in their sixties and forties, were taken into custody on July 12th by Chiba police on suspicion of fraud for renting an apartment allegedly for purposes other than those stated. Though the men were going to reside there, the police claimed, the contract said the apartment in Narashino City would be an “archive or rest place”. The district public prosecutor’s office disagreed and said the reasons for prosecuting the men were not clear enough, and they were freed. This perpetual cycle of arrest, custody and release continues.

All photos by Shin Yahiro for Yahoo News

This entry was posted in Essays and tagged Chukaku-ha, Student movement, Zengakuren. Bookmark the permalink.