Shirosaki was deported from the United States in February 2015 and then promptly arrested at Narita Airport. 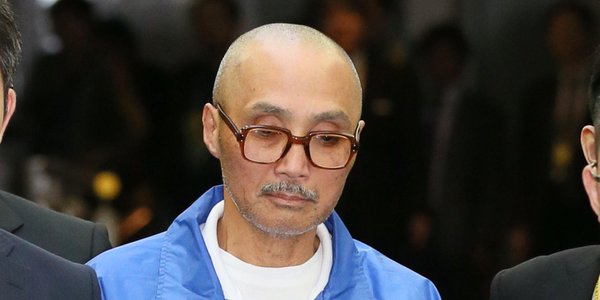 Now aged 68, the veteran far-left activist faces charges related to the Jakarta attacks in 1986 on the Japanese embassy. The incident saw the embassies of Japan and the United States hit by homemade mortars.

A member of the original Sekigun-ha (Red Army Faction), Shirosaki was arrested in 1971 during its bank robbery campaign in the early 1970s. The radical group staged a number of successful robberies to raise funds after being driven increasingly underground since 1969, when its ranks were depleted by mass arrests and imprisonment.

Shirosaki was given a 10-year sentence for robbery and assault, but then freed extralegally in October 1977 by the Japanese Red Army, the international group partly born out of Sekigun-ha. The JRA hijacked a plane and landed it in Dhaka, demanding the release of nine activists and other prisoners. Ultimately, the Japanese government relented and six of the named prisoners opted for their liberty. (The recent “Dhaka incident” where seven Japanese aid volunteers were killed by Islamists evoked memories of that other “terrorist” event involving Japanese in Bangladesh.)

On May 14th, 1986, two mortar rockets were fired from a hotel room in central Jakarta. One hit the awning of the Japanese embassy while the other landed near the Soviet embassy. The shells did not explode and there were no injuries. Elsewhere, a similar rocket was fired at the American embassy and a car exploded in front of the Canadian embassy.

The charges against Shirosaki seem largely to hinge on fingerprints matching his found in the hotel room by local police. He was taken into custody by American investigators in Nepal in September 1996, and has been behind bars ever since. Though he professes his innocence, an American court handed down a 30-year sentence for attempted murder in February 1998.

No indictment was brought in America for the attack on the Japanese embassy, which is the main reason he was arrested after his deportation. He was released early on good behaviour in January 2015 but deported the following month.

Of course, there is a certain irony in the fact that had Shirosaki refused to leave prison in 1977, he would have been released in the early 1980s, and a free man these past 20 years.

Shirosaki’s trial for attempted murder is the first public security case by a so-called extremist or militant group (kagekiha) to be tried by lay judges — the closest thing Japan has to juries. He is backed by a support group (kyūenkai) formed by Kyūen Renraku Sentā (Relief Liaison Centre, or Kyuen Renraku Centre), the seasoned legal support network that has been one of the few civic organisations to assist members of the Japanese Red Army.

The trial is expect to conclude by late November. Shirosaki actually claims not to joined the Japanese Red Army after he got to the Middle East. Whether he worked with the group or not, the Dhaka incident is the final action officially claimed by the JRA, though seven members of the group remain fugitives. The de facto leader, Fusako Shigenobu, disbanded the “army” in 2001 after her own arrest in Japan the previous year, but their faces can be found among the wall of wanted posters at almost any police substation in Japan.