On January 18th, police raided a small apartment in Kita ward in Tokyo, where they uncovered hints on the whereabouts of Masaaki Ōsaka. Now aged 66, Ōsaka was an activist in the far-left radical group Chūkaku-ha and is named as a suspect in the death of a police officer during a riot in Shibuya 45 years ago.

Police announced that the apartment was a Chūkaku-ha ajito, or secret base, and that they believe Ōsaka is had been living there until a few years ago. This is the first known raid on a place where he is suspected to have resided. Ōsaka has been on the lam the longest among the most-wanted fugitives in Japan. His image remains a common sight on wanted posters at police substations, especially in Tokyo. 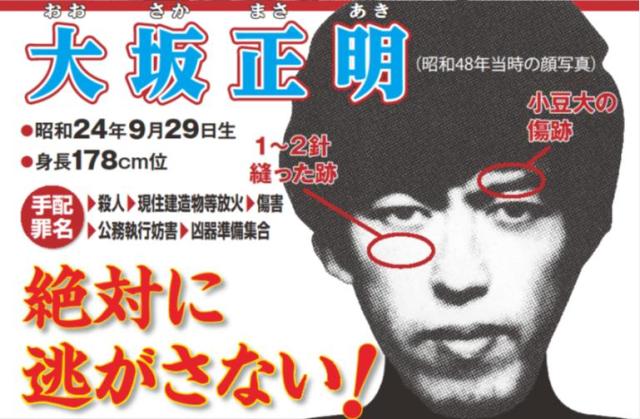 Police wanted poster for Masaaki Ōsaka, who has been a fugitive for 45 years

Police perennially make announcements about Ōsaka as they find the crumbs left behind on his fugitive trail. In 2012, an ajito was exposed in Tachikawa City, west Tokyo, and items seized from it revealed possibilities that Ōsaka was hiding out somewhere in Kita ward. The raid on January 18th was carried out by police on suspicion of uttering of counterfeit private documents, and security police are now checking if there were any items left behind that could provide clues on Ōsaka’s current status. (This is a common tactic, raiding locations or arresting radical activists on minor charges that it is hoped will lead to other pieces of information.) 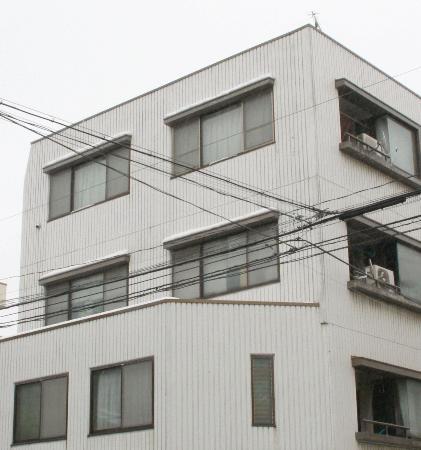 Allegedly the apartment that was searched by police.

During the January 18th raid, two men in their forties and fifties who allegedly resisted the search were arrested on suspicion of interfering with police officials carrying out an investigation. The police say they are members of a “revolutionary army” secret wing of the radical organisation that carries out terrorist activities and supports fugitives. They are both remaining silent in police custody (the usual Japanese New Left tactic of kanmoku) and the Chūkaku-ha organ, Zenshin, has yet to make a public comment. (This post is based solely on mainstream media reports.)

Ōsaka is a suspect in the death of a young police officer during the so-called Shibuya Riot Incident on November 14th, 1971. The riot escalated out of a protest against the continued occupation of Okinawa by United States (at the time, the bases in Okinawa were heavily used as part of the United States war machine operating in Vietnam). It came at the end of the most intense series of large-scale protests in Japan, and in a year that saw multiple bombings and “guerrilla” activity by both radical factions and also non-sectarians. Ōsaka is accused of throwing a Molotov cocktail that set the officer on fire. 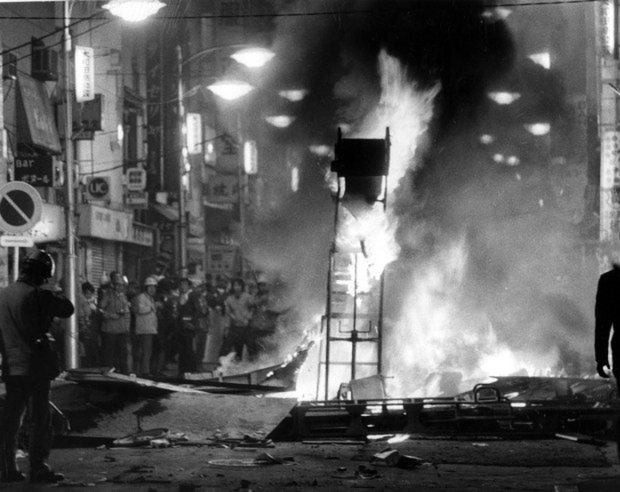 Ōsaka was one of seven Chūkaku-ha activists named as suspects in the killing; all the others have been arrested and charged. Among them is Fumiaki Hoshino, who was arrested in 1975 and remains in prison on a full life sentence, though the evidence to link him to the actual death of the police officer is based on police confessions on six other activists (three of whom were minors) that were later retracted. His campaigners have been fighting for a retrial for many years, as well as two civil suits over “lost” evidence and censored letters between Hoshino and his wife. They regularly hold demonstrations, including in Tokushima around the prison where Hoshino is held.

Since late 2014 there has been a conspicuous resurgence in police raids on Chūkaku-ha facilities and arrests of activists, though none have been charged as yet. This has occurred in response to an increase in protest activities against the government’s highly contest states security bills which were passed in autumn 2015, as well as heightened security as Japan prepares to host both the G7 Summit in Ise in 2016 and the Olympic Games in 2020.