Sweden, a new novel by Matthew Turner about the fascinating history of American Vietnam War deserters in Japan

I uncovered many things during my brief and, so far, sole trip to Hawaii, though probably none that the regular visitor would expect. I was there to browse materials in the Kōji Takazawa Collection of Japanese Social Movement Materials at the University of Hawai’i. As such, far from the busy beaches and sun-drenched tourist destinations, I sequestered myself in a chilly archive room sifting through old documents, cuttings, letters and so on. The collection is a veritable Aladdin’s Cave and enough for a lifetime of research sessions. I resigned myself only to looking at a random sampling of materials from various topics I was studying for my book, Dissenting Japan. These included Beheiren, the loose and non-partisan citizens’ group that organised large protests against the Vietnam War in Japan during the 1960s and 1970s. One of the most provocative activities that fell within the Beheiren ambit was helping servicemen deserting from the numerous United States military bases around Japan.

Within one unassuming folder in the archive at Hawaii I remember finding a single sheet of typewritten English text — I believe the only item not in Japanese I encountered during my sessions in the archive. This was an original copy of a statement issued by deserters from the USS Intrepid at a press conference in Tokyo in 1967, though the deserters themselves were not present and instead shown to attendees on a 16mm film. I ended up using a quote in my book and including some of the details of the deserters’ tale. It was, however, just one of several such cases of Beheiren’s Japan Technical Committee for Assistance to Anti-War US Deserters (JATEC) helping AWOL Americans hide from the authorities, escape Japan and then make their way to refuge in Europe. 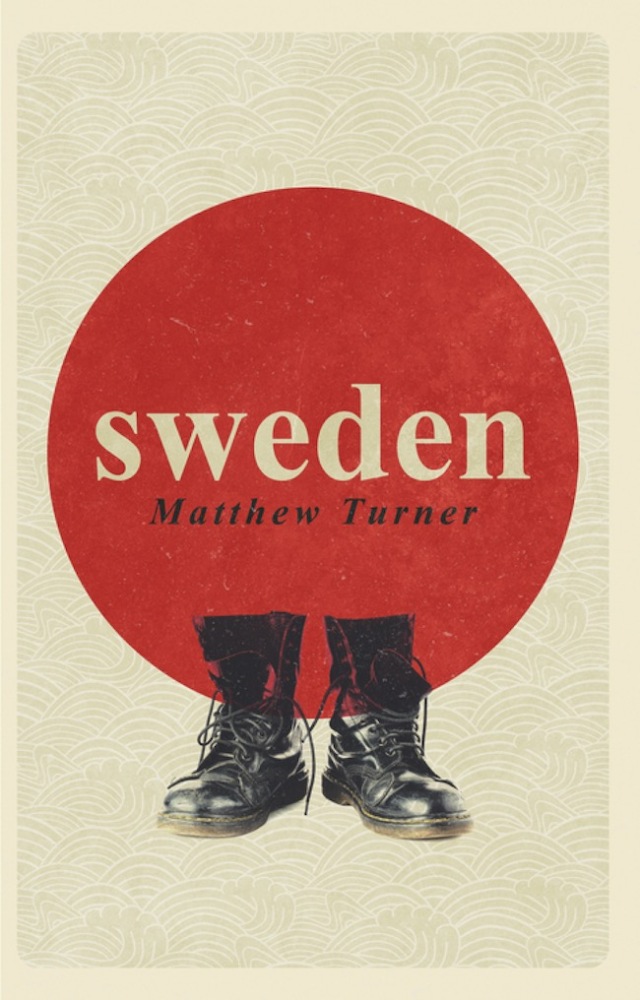 That press conference for the USS Intrepid deserters provides the opening scene for a new novel by the New Zealander writer Matthew Turner, Sweden. The titular nation offered sanctuary to hundreds of deserters and draft resisters during the Vietnam War, though Turner’s book is set in Japan except for some flashbacks. Published earlier this year by The Mantle, Sweden promises to be “your passport to discover a part of American history you never knew”. In fact, Turner’s debut is, as far as I am aware, the first novel about this topic in English, despite its seemingly rich potential for fiction. In 1971, Terry Whitmore’s published a memoir Memphis, Nam, Sweden: The Story of a Black Deserter. There was also previously a film, Summer Soldiers (1972), directed by Hiroshi Teshigahara and written by John Nathan, also recounting the experiences of deserters and their (not always easy) relationship with Japanese “host families” and the local anti-war movement. In addition, Sweden forms part of a canon of “Zenkyōtō literature”, encompassing rite-of-passage novels about youth behind the barricades on campuses and more sensational stories dealing with the terrorist groups that later conducted bombing campaigns and hijackings.

Turner says he first heard about the Japanese peaceniks in the 1990s while he was living in Mishima and working as a translator. Fast-forward to the 2010s and Turner, now in his fifties and living in Christchurch, was finally writing his novel. Like all the best historical fiction, Sweden is long and well researched while managing to feel lively and pacy. Turner has done his homework, drawing on largely Japanese-language sources such as Kaiya Yamada’s famed Ai amu hippī: Nihon no hippī mūbumento ’60–’90 (I Am a Hippie: Japan’s Hippie Movement, 1960–90), which details the hippie commune on Suwanosejima where deserters stayed. He also travelled extensively around Japan to scout locations used by the clandestine JATEC network, including Hokkaido.

While the novel is a work of fiction, structured around three narratives told from different perspectives, it integrates real-life figures such as poet Gary Snyder, who spent time in Japan during the period, and one of the founders of Beheiren, Shunsuke Tsurumi. Across its 300-plus pages, the novel encompasses a wide range of characters and settings. Along the way we encounter activists, hippies, servicemen, girlfriends and culture clashes aplenty. It portrays a vibrant, exciting time at the end of the 1960s, packed with the passion of personal entanglements, street riots and ideologies. But through it all pulses a timeless, poignant urge. As one character remarks early on, “Some of [the activists] are communists. Some are Buddhists. Some are even Christians. They’re just normal people who want the Vietnam War to end.”

This entry was posted in Resources, Reviews and tagged Beheiren, Japanese hippie movement. Bookmark the permalink.